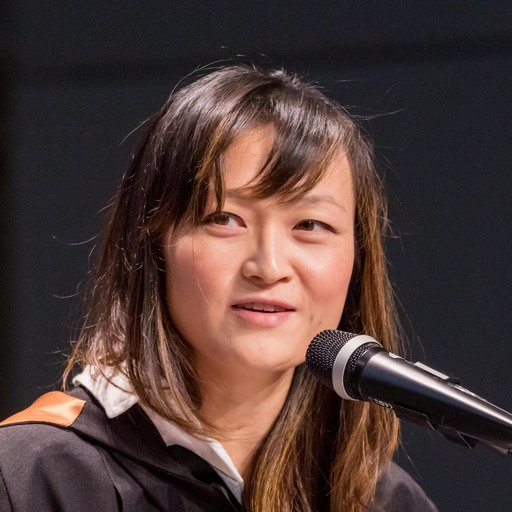 In her address to the graduating Class of 2019, Ms. Lily Cheng '97, Founder of Hubel Labs and a member of the CIS Alumni Board, challenged students to "think different" and reject the status quo in order to build a better world - a powerful idea she first experienced at CIS. Sharing stories from her school days and early years in online travel, she demonstrated how great ideas come from "defying the norms" and "pushing for something better than what our parents had settled for".

Good afternoon, Head of School Sean Lynch, Board of Governors, faculty, staff, parents, and other family members, and, last but not least, the graduating Class of 2019.  Thank you for inviting me here today.

As I thought about what profound worldly advice to bestow upon you today,  I asked myself what I wish I had known sitting where you are today.

The first thing that came to mind was:  I should've been more strategic about the clothes that I brought to college.  As you step up to the heavy responsibility of doing your own laundry for the first time and having to face the conundrum of how to colour-classify a striped shirt, you will realise that this is sound advice.

But I'm pretty sure that when Sean asked me to give this speech, this is not what exactly what he had in mind.  So I trawled through some old boxes looking for inspiration and found a weekly diary that I wrote for Chinese class when I was in Year 9..... 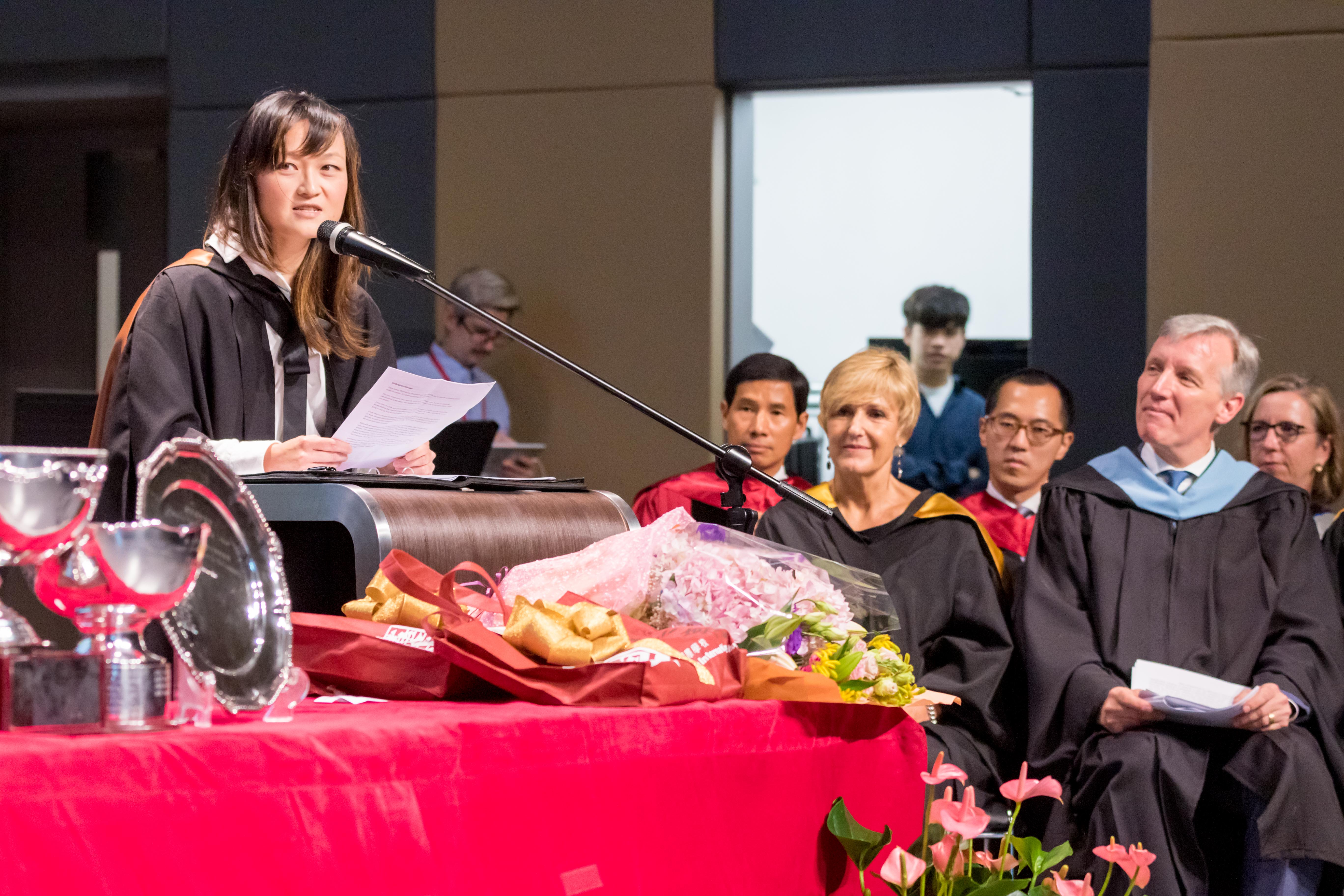 Soccer story
In my recollection, in high school, I really struggled with being a girl and didn't want to be associated with girly things.  I remembered this as a deep, dark secret against which I had mounted a quiet but powerful resistance.

As it turned out, I blabbed about it unceremoniously in this journal.  Paraphrasing my 14-year-old self, I wrote: "I've always wanted to be a guy.  I love playing soccer. In some countries like the US and Canada, it's common for girls to play soccer.  I bought spikes the other day and the salesperson asked if I was buying them for someone else."

In the next entry, I wrote that in the previous year, I joined the boys' soccer practice a few times but stopped because it was scary being the only girl.  This year, I convinced two other girls to join me and we attended the boys' soccer practice for a term. We then lobbied the soccer coach, Mr. King to let us set up a girls team... which must've failed due to lack of interest because I don't remember that at all!  (... Mr. King, I'm thrilled that you are still here!  Thanks for putting up with me!)

Here lies the evidence of how CIS prepared me, in the smallest but most impactful of ways, to thrive in the gender imbalanced world of tech and business.  My teachers went out of their way to accommodate me when I sought to defy norms. Had I been told to go join the dance team, I would've learned eventually that fighting against the system is futile and stopped pushing.  For me, this was the foundation on which I then went on to build my identity and career for the next two decades.

Rogue high school tech stories
The school gave me permission to be myself and for the next four years, I spent many afternoons in the back-alleys of Sham Shui Po, trying to buy electronic components for the gadgets that I was trying to build, or in 298 Mall in Wan Chai trying to buy physical CD-ROM copies of pirated software because bit-torrent didn't exist back then.

My time at CIS coincided with a transformational period in the computing world with the rise of the world wide web.  By virtue of being at CIS and having classmates whose parents were introduced to the internet at an early stage, we were part of the 2% of the population in Hong Kong who was "online" in 1994.  Back then, Google hadn't been invented yet and there weren't as many webpages as we are familiar with today.

In Mr. Bernardo's computer room, we got up to all kinds of mischief after school.  In these early days, the internet was the wild west, we roamed free without restraint. No one knew what we were up to and we learned our lessons the hard way.  For example, no one told me that it's a bad idea to date, someone, who I haven't met and who had gone to jail. I thought he sounded pretty interesting.

The great thing about having good grades was that it made for a very good cover.  My mom never suspected a thing but, even if she did, she didn't have the requisite tech chops to investigate.  My brother, ten years younger than me, was not so fortunate. While my parents didn't practice helicopter, snowplough or other sorts of vehicular parenting, he became the subject of my cyber-surveillance remote parenting.  Before I went off to college, I installed spyware on our home computer, which fired off emails to me at Cambridge every time he pressed a certain combination of keys, which I knew to be essential to play his favourite game. 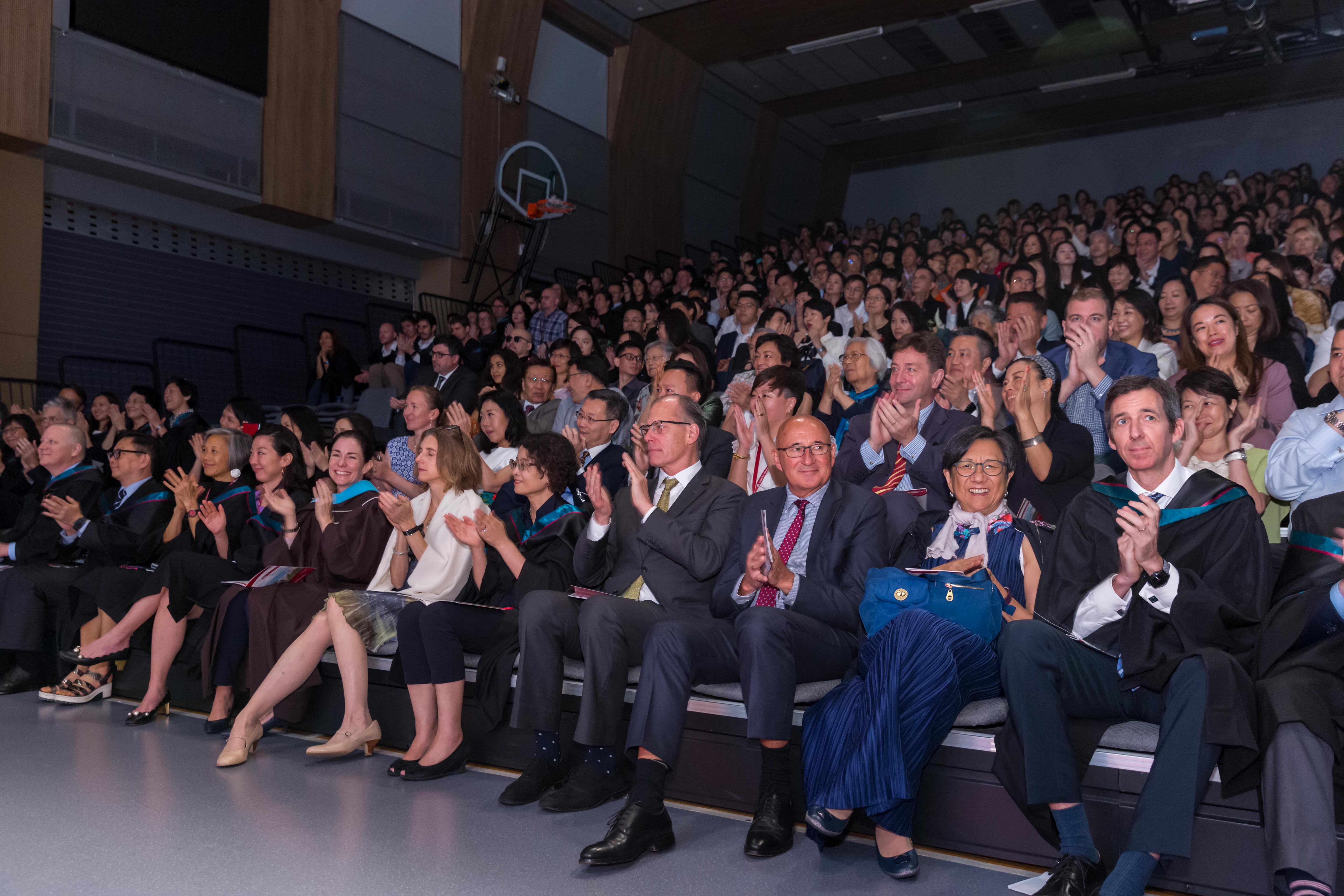 Career after CIS
All these extra-curricular adventures we had at CIS sowed the seeds for my passion for riding on the frontier of technology.

After completing my engineering degree almost 20 years ago, I founded a start-up to bring wireless charging to the world.  It looked almost exactly like what Apple was going to launch this year. I soldered our first prototypes by hand, raised millions in venture capital and filed over 30 patents.  My idea ended up being way ahead of its time and the start-up failed. I thought persistence was refusing to accept failure. Now, I know that persistence is being able to pick yourself up after failing and trying again.  My only regret is not failing earlier.

Armed with these hard-earned lessons, in 2008, I decided to jump on the internet bandwagon just as the online travel industry was starting to take off. At Expedia and TripAdvisor, we built algorithms to place millions of bids on Google, and growth-hacked our way on search engines to bring billions of travellers to our sites and apps.

I worked day and night with the single-minded objective of going for bigger and bigger jobs and that dedication paid off.  Perhaps I was lucky but I didn't feel that being female was a barrier. But three years ago, biological reality hit. I was going to become a mom and with that came the need to rethink what exactly success meant to me.

Story of mom and sacrifices
While I was growing up, my mom shared with me her stories of sacrifice for our family.  I could see for myself that with her phenomenal talents, she could've been anything she wanted to be.  She could've accumulated tremendous wealth and status... but instead she made the unglamorous choice of staying at home to look after the three of us and my dad's hard-earned income went mostly towards our tuition.

When I was 14, CIS taught me that the status quo could be changed.  Just because there was no soccer team for girls did not mean that I couldn't play soccer.  So now I challenge the notion that we have to choose between an all-consuming high-flying career or having quality time to spend with the family. Neither of these two traditional paths led me to where I wanted to be.  I realized that in order to have both, I had to reinvent my career to break this career/family trade-off.

So, three years ago, I made the tough choice of walking away from a dream job to create an even better one.  While I'm still on that journey and who knows where it will lead me, I have no doubt that it was the best decision that I could've made. 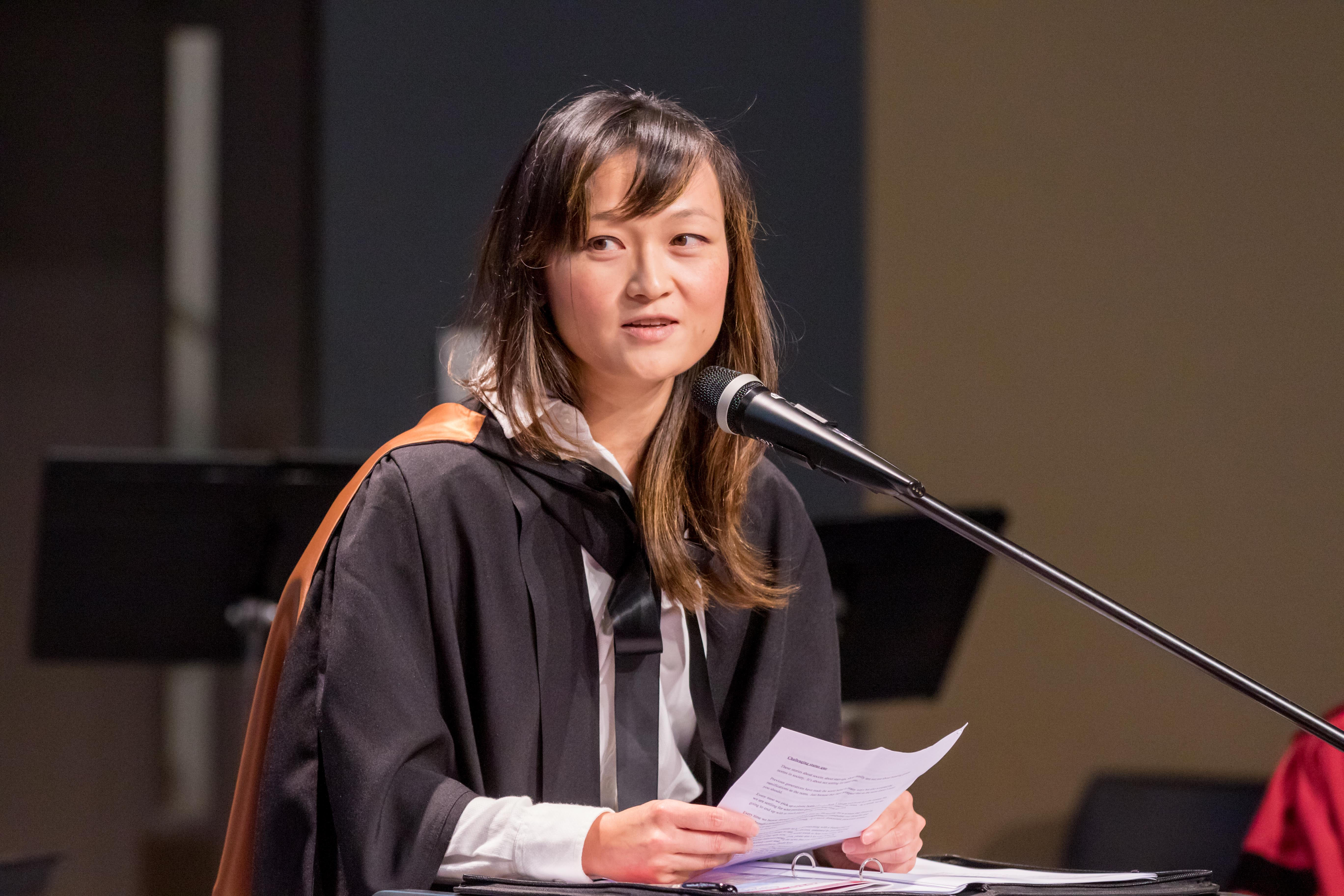 Challenging status quo
These stories about soccer, about start-ups, about families are not just about breaking gender norms in society.  It's about not settling for the status quo.

Previous generations have made the world better in many ways but also accepted the ramifications as the norm.  Just because they have accepted that as the norm doesn't mean you should.

Every time we pick up a plastic bottle of water from 7-Eleven and throw it in the nearest bin, we are settling for what previous generations have accepted as the norm.  As a result, we are going to end up with as much plastic in the oceans as there are fish.

Every time we browse through our Facebook feed, we are settling for a system that forces us to wade through a minefield of targeted clickbait engineered to manipulate our thoughts and actions, in order to stay connected with our friends.  As a result, democratic processes around the world have been disrupted.

With each new generation is a new opportunity to look at everything with a fresher pair of eyes, a greater sense of purpose and courage to state the obvious, untainted by preconceived notions.  The world needs more of that right now. The world needs to hear your voice, now more so than ever. And to develop informed perspectives, please don't let your news be pushed to you by algorithms.  Actively curate and pull the news that you read from a diverse set of sources. Don't get stuck in a self-reinforcing media loop.

Graduating Class of 2019,  from this day on, you will be part of the CIS alumni and I welcome you to our community on behalf of the Alumni Board.  Between the alumni and the parents, this is a network so powerful it is unlike any other, on par with the best universities in the world.  CIS is not just for getting into college, it is a resource for you to draw on and give back to, for life. Stay connected. Make us proud. Thank you.